On 15 March 2022 VDD initiated criminal proceedings for war crimes and crimes against humanity and peace committed by the Russian Federation armed forces in Ukraine.

Criminal proceedings are initiated pursuant to Section 712 (Crimes against Humanity), Section 72 (Crimes against Peace) and Section 74 (War Crimes) of the Criminal Law. Within the proceedings, evidence is being gathered about the crimes committed by Russia’s armed forces against humanity, i.e., homicides of civilians, extermination, torture and other activities, which have caused physical or mental suffering of the Ukrainian people; crimes against peace, i.e., planning, preparation, triggering of, participating in aggression and conducting a war of aggression; as well as war crimes, such as unjustifiable destruction of cities and other entities and other violations of international humanitarian law.

The eyewitnesses of the crimes committed by Russia’s armed forces can report to VDD by email Ukraina(abols)vdd.gov.lv or by providing their contact information by phone +371 6720 8964 (24/7). It is also possible to turn to the Latvian State Border Guard officials at the refugee support centres to indicate the willingness to testify.

In addition, VDD has prepared information materials for war refugees about cases when testifying is especially significant as well as ways to give testimony. The informative material will be available at the refugee support centres in Latvia. 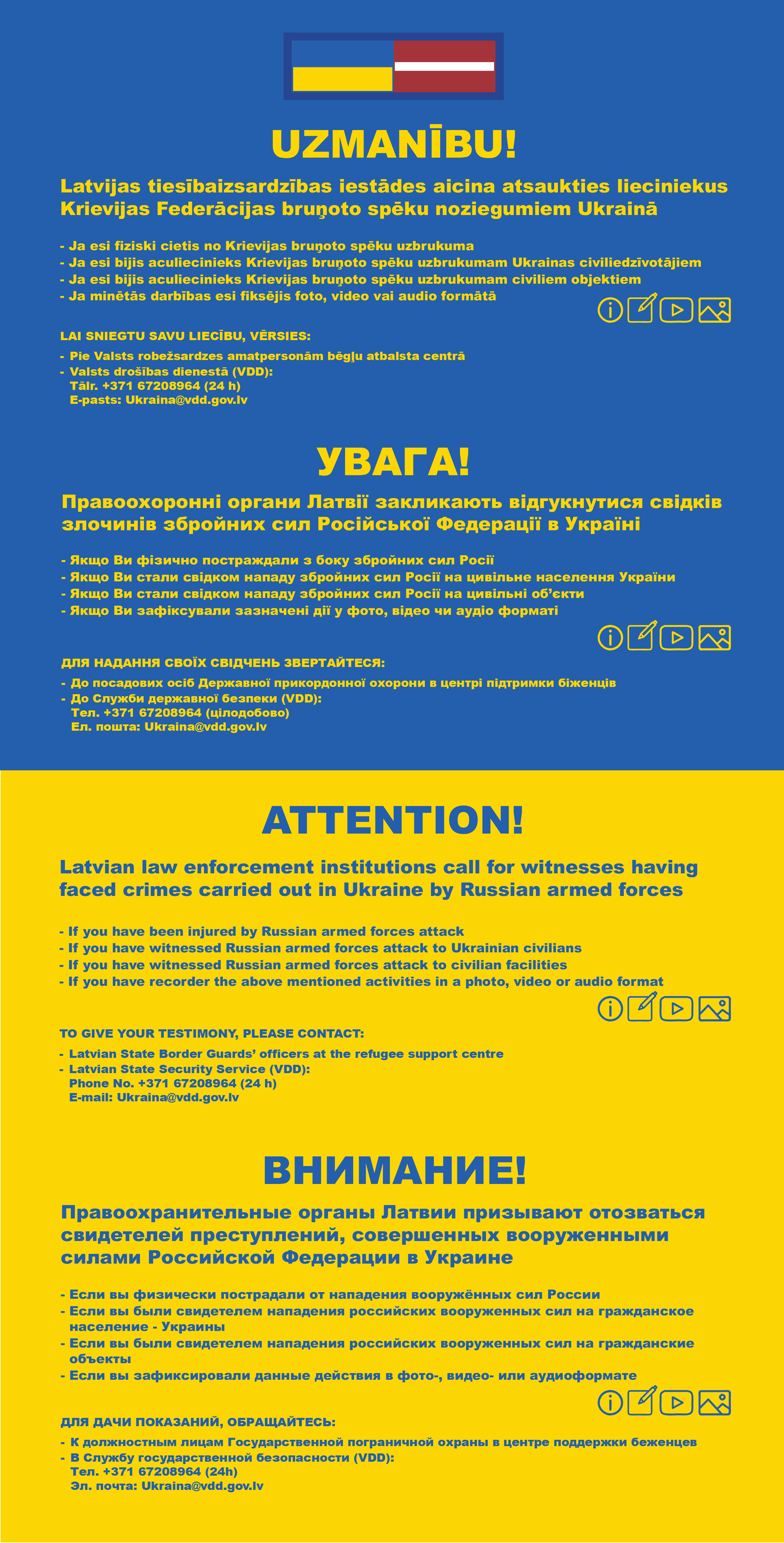 On 3 December 2020 VDD performed court-sanctioned procedural activities on sites connected with seven persons in Riga and its surroundings on the grounds of suspicion of violation of international sanctions.

On 11 May 2020 VDD asked the Prosecution Office to initiate criminal prosecution against a person for publicly calling to exterminate people of a certain nationality and for spreading fake news, which caused commotion for the public and disturbance in the work of state institutions.

On 28 and 29 April 2020 VDD carried out court-authorized procedural activities in objects related to three persons in Riga on the grounds of suspicion of bribery in large amounts.